In May of 2020, Spartan Speech held a one-of-a-kind “Quarantournament” in response to the COVID-19 outbreak that shook the nation and decimated the 2020 forensics season. The historic event was one to remember. “We would like to thank everyone involved, judges and competitors alike,” quipped Karah Tanski, the incoming President for Spartan Speech. She continued, “Throughout the day, we had a livestream full of hilarious content, so we would also like to thank everyone who contributed to these videos. This event would not have been possible without your help!” The Quarantournament was unconventional in that students competed in wacky categories, from Reality Show Interpretation to Shark Tank Pitch. Students from all over the nation competed in a live “bracket-style” tournament, in honor of March Madness. A complete success, the tournament saw students from 6 different states, battling through a vehicle of Michigan forensics sponsored by a Big Ten university’s speech and debate team. This tournament may serve as one of the first open doors to national competitors in the Great Lakes state. Spartan Speech hopes to continue forging a relationship with the national speech and debate community. The following students took home trophies after placing in the Final Four in their respective events. 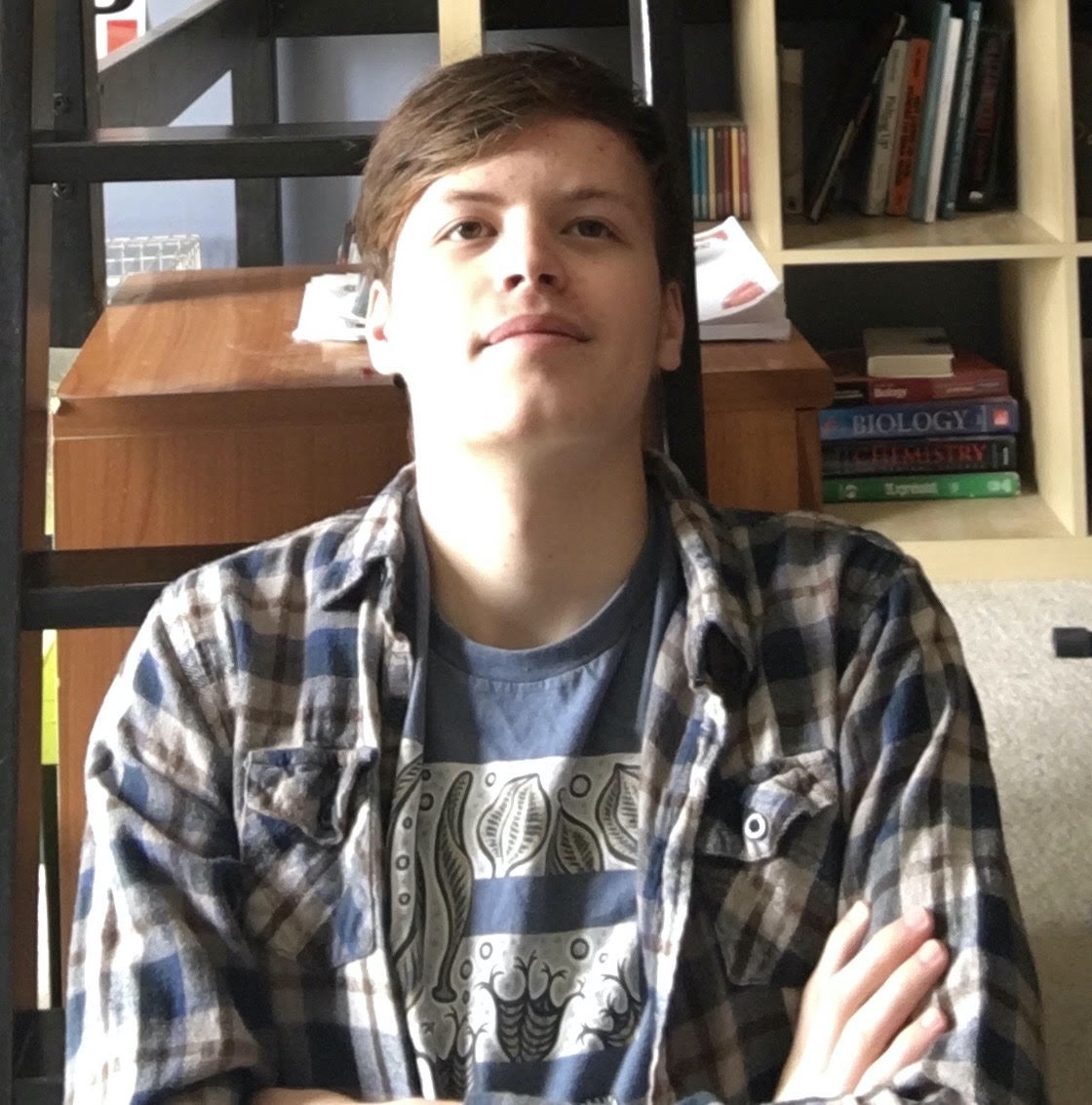 Tyler is a junior from Walled Lake Western High School in Walled Lake, Michigan. He placed 4th overall in the Shark Tank category selling Washcloths to the sharks. With three brothers and one sister, Tyler has had quite an eventful time at home, saying “It’s about as bonkers as you’d expect.” When he isn’t in quarantine, Tyler plays trombone in concert, jazz, and marching band at his high school. Tyler has been doing Forensics for the past four years. When asked why he loves Forensics, Tyler said “Forensics has given me the chance to get to know countless people and make numerous friends in doing it. The whole experience is overall just a real good time, and I've loved doing it since my Up duo in 8th grade.” 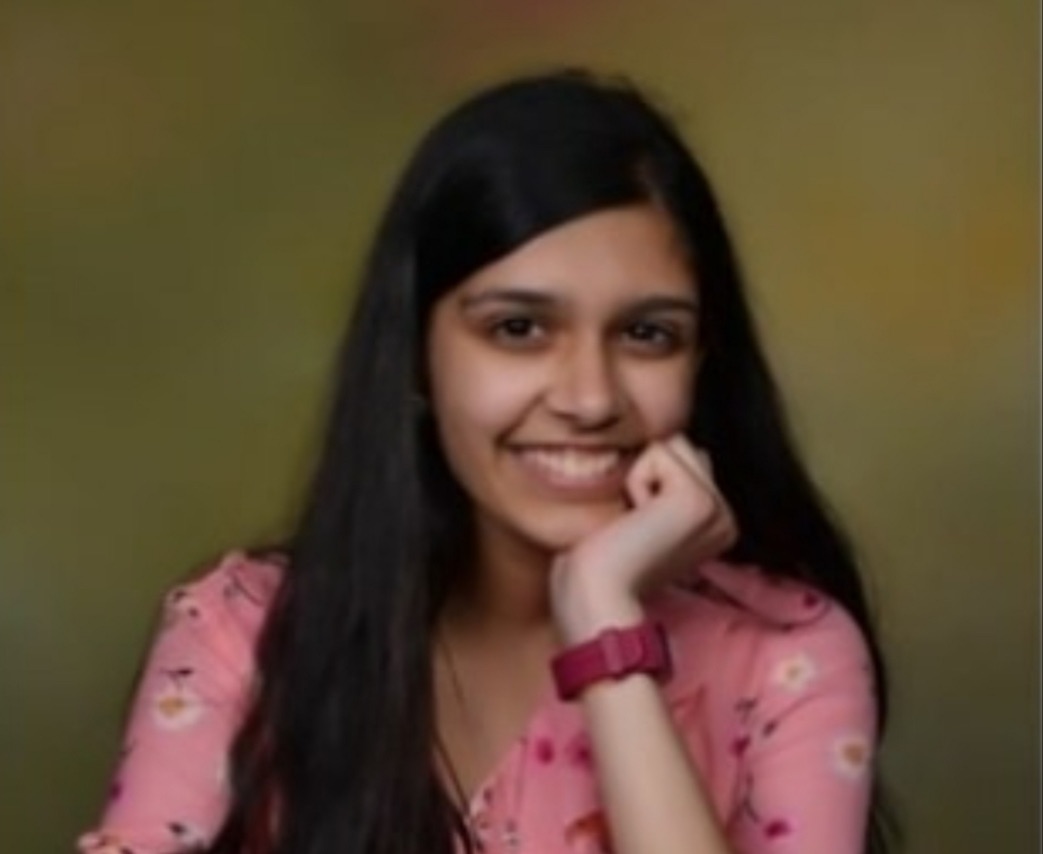 Anvita is a sophomore also from Walled Lake Western High School in Walled Lake, Michigan. She placed 3rd overall in the Shark Tank category selling her innovative “Passwork” to the sharks. When Anvita isn’t staying after school for Forensics, she loves to dance. Anvita has been dancing since she was three years old. Anvita remarked, "I thoroughly enjoy forensics because I can meet people with similar interests from all over the state and country. The forensics community is so nice to bond with, and their dedication shows in every tournament." 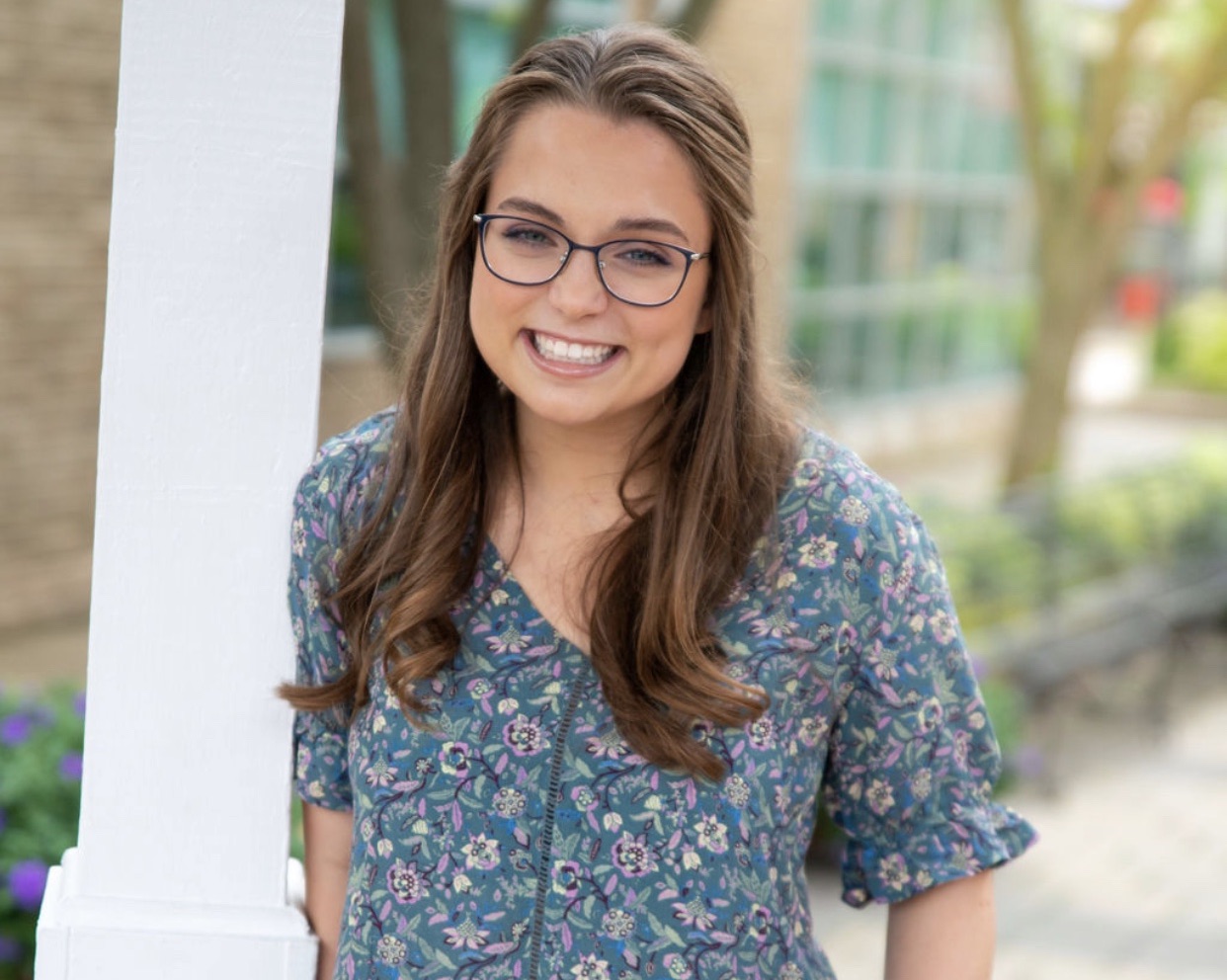 Macy is a graduating senior also from Walled Lake Western High School in Walled Lake, Michigan. She placed 2nd overall in the Shark Tank category selling “Think Stink” to the sharks, a tribute to her piece on the brand “Ethique.” Macy has been a part of the Forensics community for seven years, and when asked why she loves Forensics, she said “I love forensics because it is one of the only places everyone can be themselves. Aside from the skills it has taught me, it has introduced me to the absolute best group of friends I could ever imagine. Forensics is such a large part of my identity and there is no way I would be half the person I am today without it.” Macy plans to attend the University of Michigan in the fall and is looking forward to participating in future Spartan Speech activities as an alumnus. 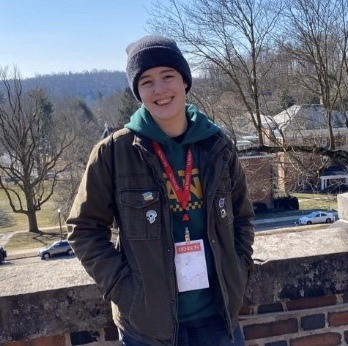 Lee is a junior from The Roeper School in Bloomfield Hills, Michigan. They placed 1st overall in the Shark Tank category selling “Flat-Stand-Me” to the sharks, an extremely fitting topic for this time. Outside of Forensics, they love to bake and experiment with new recipes. Lee also enjoys photography, and loves processing their own media in their school's darkroom. When asked why they love Forensics, Lee said "I love forensics because it gave me a safe space to take something I was terribly anxious about doing, public speaking, and turn it into a skill I feel confident using. Competing in Sales allows me to talk about products and companies with missions I'm passionate about while honing my speech writing skills and creativity.” 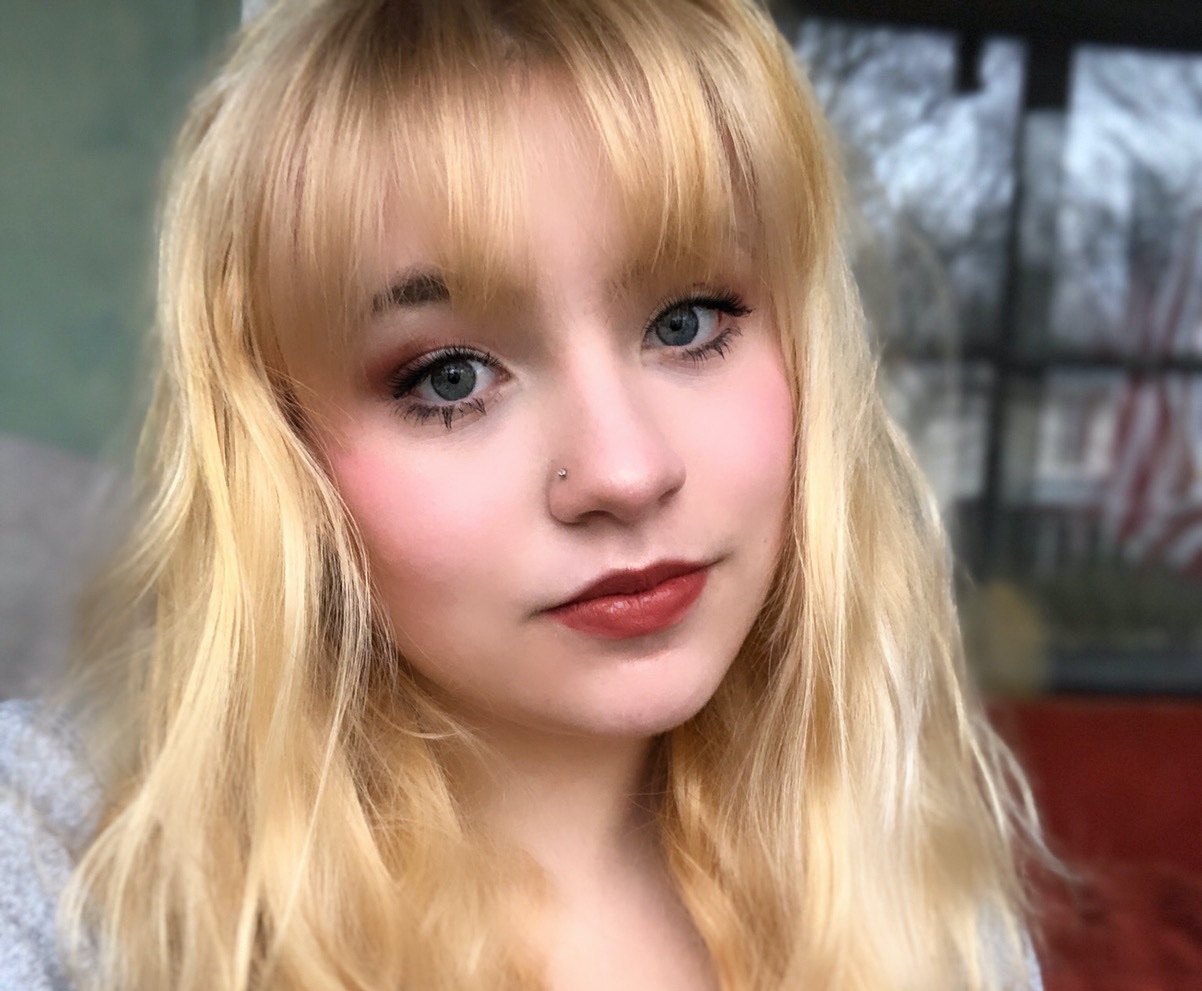 Ruby is a student from Grass Lake High School in Grass Lake, Michigan. She placed 4th overall in the Reality Show category performing her rendition of “Dr. Phil: Danielle Bregoli.” Outside of Forensics, Ruby does theatre, mentioning that she would like to pursue acting once she graduates. Rose has found her most challenging role to be Hellen Keller in “The Miracle Worker” this past fall, which she said “was such an amazing experience!” When asked why she enjoys Forensics, Rose said "I love forensics because I get to do what I love most, and that’s acting! I get to act in a new and different way, from having to improvise my props with just a chair or a stool and to play/Interoperate multiple characters at a time. It’s fun and rewarding and a great way to spend each Saturday with my teammates and coach.” 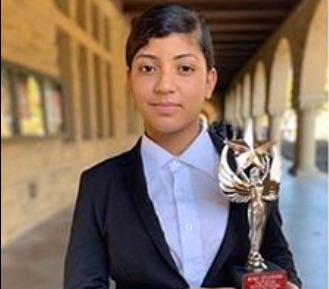 Kasey Gonzalez is a student from Harlem Prep High School in ­New York. She placed 3rd overall in the Reality Show category performing her rendition of “Dance Moms.” In her free time, Kasey likes to watch documentaries, which likely proved to be helpful with her interpretation of reality television. When prompted on her love for the activity, Kasey said "Forensics has taught me to be a more well-rounded individual through the good use of my voice.” 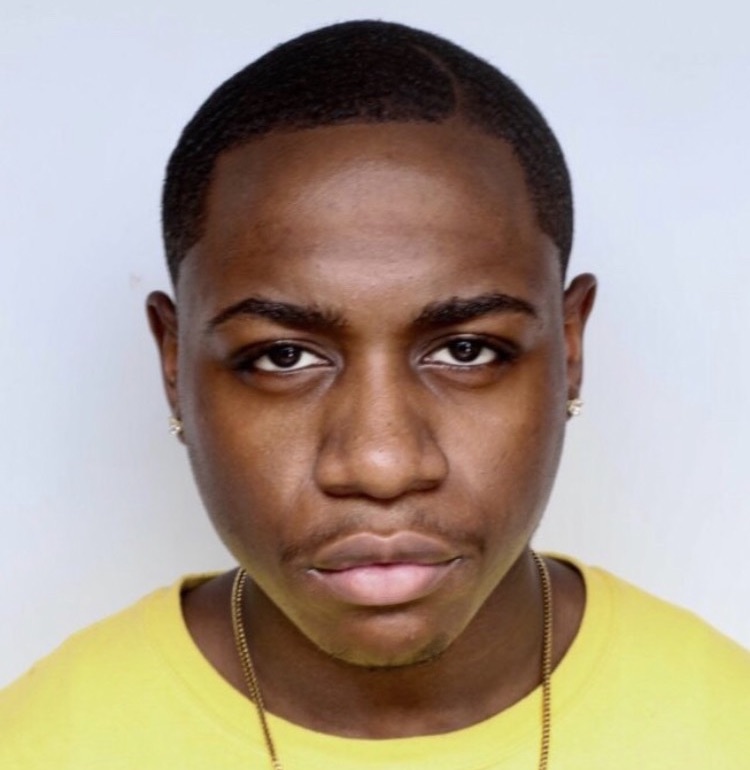 Denzel is a student from Harlem High School in New York. He placed 2nd overall in the Reality Show category performing his rendition of “Camp Getaway.” Denzel is a two-time NYSFL State Champion in the category of Duo Interpretation. When asked why Denzel enjoys Forensics, he said "Forensics has helped me with my acting and has helped me with the competition mentality one needs in the Acting Industry. This activity has helped me get out of my comfort zone and the best part is that I can I have friends from different parts of the country.” In the future, Denzel plans to continue his passion for acting. It is clear he is well on his way towards success. 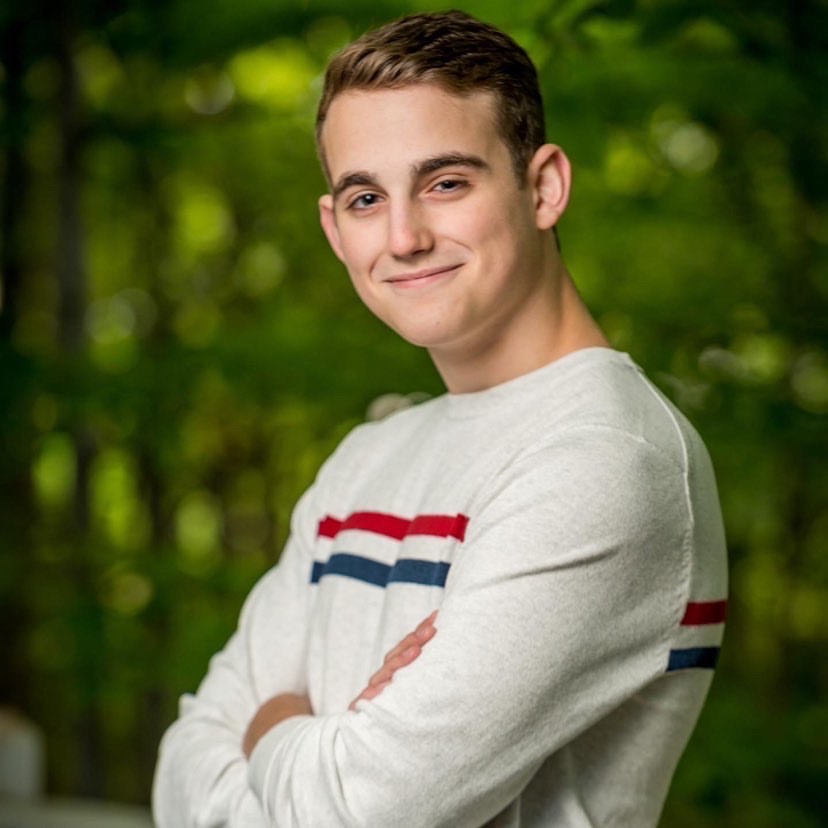 Jared is a graduating senior from Walled Lake Western High School in Walled Lake, Michigan. He placed 1st overall in the Reality Show category performing his rendition of “Wipeout!”, an interesting selection given the parameters of the tournament. Jared also competed at the last three Spartaninvitational tournaments, placing in the first tournament and winning his respective category of Storytelling in the third. In fact, Jared won every single in-person tournament he competed in 2020 prior to the pandemic. When asked why Jared loves Forensics he said “I love forensics because it brings out a side of myself I never thought I had. A side in which I can be goofy among people who appreciate my goofiness and act alongside me. Forensics is basically a giant family that appreciates me for who I am.” During the pandemic, Jared competed in a national competition placing 4th in Humorous Interpretation. Jared plans to continue his passion by joining Spartan Speech as he attends Michigan State this fall.

Once again, Spartan Speech would like to thank everyone involved. Even though the Forensics season was cut short, competitors took full advantage of this special tournament in order to finish their Forensics season strong. For some students, this was their last Forensics competition ever. On behalf of Spartan Speech, we are looking forward to future speech activities, and cannot wait to see you soon.